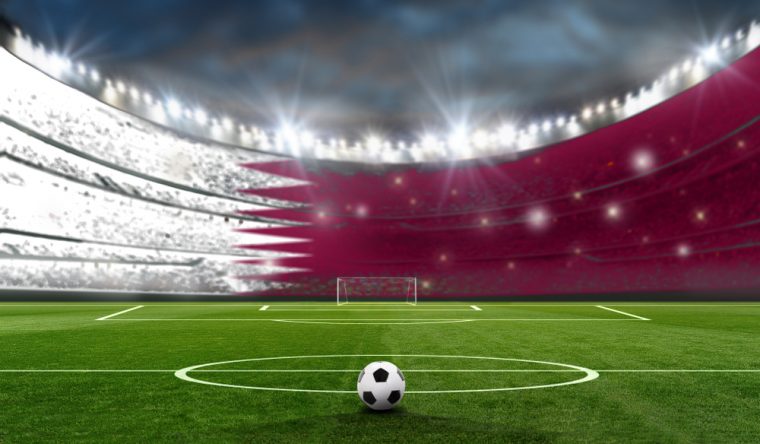 The final three European places at the 2022 World Cup are still up for grabs, with the play-off round starting this week.

Can Wales move a step closer to only their second World Cup finals appearance, the first being 64 years ago?
Whilst in Path C, at least one of Italy and Portugal will be sitting out the finals.

The only previous time Wales reached the World Cup finals was in 1958 in Sweden, where they succumbed to Brazil in the quarter-finals . However, they may be quietly fancying their chances this year with the winner of this tie facing Scotland or Ukraine for a place in Qatar.

In the group stage, Robert Page’s men found the Belgians too good as they finished second in Group E, whilst the Austrians could only finish fourth in their group. They qualified for the play-offs via the Nations League route.

These sides last met in the qualifying stages for the 2018 World Cup, with a 2-2 draw in Vienna followed by a 1-0 victory for the Welsh at the Cardiff City Stadium, courtesy of a second-half Ben Woodburn goal.

Home advantage could be crucial to Wales’ changes of progressing, with their current unbeaten run when playing with home comforts stretching to 16 games. Austria themselves are no slouches away from home either, losing just three of their last 10 , although that did include a 5-2 reverse in Israel last September.

Gareth Bale may be a rare sight in a Real Madrid shirt nowadays, but he is expected to shake off the cobwebs and start on Thursday. However, Danny Ward and Kieffer Moore will miss out through injury, whilst Joe Morrell is suspended.

Marco Arnautovic is expected to lead the line for the Austrians, fresh from scoring three goals in their last two matches.

The betting suggests there is very little to choose between the two teams and a cagey low scoring match may be the order of the day.

This looks on paper the harder of the three paths to the finals in Qatar, with the winners here facing either Portugal or Turkey for that elusive place in the winter sun.

The North Macedonians will be hoping to follow up their first ever qualification for a major tournament (Euro 2020) by reaching the World Cup finals. However, Euro 2020 proved a step too far at the time, with the debutants losing all three of their group games.

In qualifying, though they finished a distant nine points behind group winners Germany, they turned more than a few heads when defeating Joachim Löw’s side 2-1 in Duisburg.

Roberto Mancini will be under extreme pressure to ensure that the current European champions don’t miss out on successive World Cups, after failing to qualify in 2018.

Though the Italian’s didn’t lose in the group stages, four draws from their last five qualifying matches ensured they could only finish second, two points behind Switzerland.

These sides have only met twice before, in the group stage for the 2018 finals, with Italy winning 3-2 in Skopje before being held 1-1 in the reverse fixture.

With the pressure on, Italy should have too much firepower with the North Macedonians missing influential midfielders Eljif Elmas and Tihomir Kostadinov due to suspensions.

A last-minute Aleksandar Mitrovic goal in the final group game sent a joyous Serbia through to the finals at Portugal’s expense, condemning Fernando Santos’s side to the play-off route if they are to maintain their record of qualifying for every World Cup finals since 2002.

No one will be more focused than Cristiano Ronaldo in what could be his final chance to play at the tournament. However, the Portuguese have been hit by a series of absentees, with Ruben Dias, Ruben Neves and Nelson Semedo all injured, Joao Cancelo and Renato Sanches suspended and Pepe testing positive for Covid-19.

Turkey have no such worries, but will need to improve on a poor Euro 2020 showing. They lost all three group games , scoring just once in the process.

The last time these sides met was in a friendly 10 years ago, with Turkey winning 3-1 in Lisbon .

Sweden won all their home games in qualifying, including a 2-1 win over Spain, but could only finish second as their away form let them down.

The Czech Republic only finished third in Group E, but managed to qualify for these play-offs via the Nations League route.

Home advantage will give the Blue and Yellow great encouragement that they can progress to the finals, having won their last nine home matches . If they can overcome the Czechs they will meet Poland in the play-off final, also at home.

Jaroslav Šilhavý will be looking for an upturn in his side’s away form; they have lost five of their last seven matches on opponent’s soil.

Zlatan Ibrahimovic is suspended for the hosts, who could give Manchester United youngster Anthony Elanga his Sweden debut in this match.

Odds correct at time of writing but may be subject to change. All tips based on 90 minutes play.

It all gets underway on Monday 21st November 2022, with hosts Qatar in action in Group A at the Al Bayt Stadium in Al Khor.

With only a three-hour time difference between the UK and Qatar, it’s relatively good news for fans watching from the sofa back home.

Four matches will be played each day during the group stages of the tournament, in slots of 10am, 1pm, 4pm and 7pm GMT.

The 2022 World Cup final is on Sunday 18th December at the 80,000-capacity Lusail Iconic Stadium. The game is due to take place at 3pm GMT for British viewers.

With many world leagues forced into a mid-season break by this winter tournament, this will be the shortest ever World Cup, being played over 28 days. The competition will begin on 21st November and end just under four weeks later on 18th December.