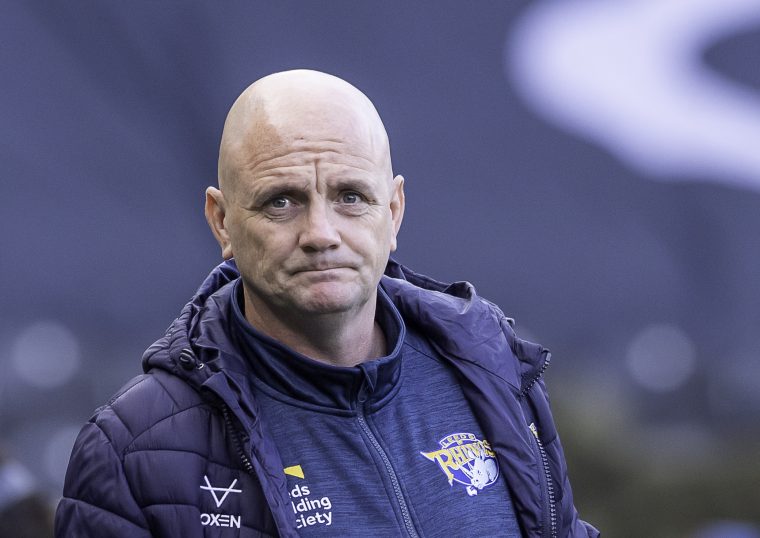 Richard Agar says Leeds capitulated in the second half of Friday’s 26-12 defeat to the Salford Red Devils, a result which leaves the Rhinos 10th in the Betfred Super League and with just one win from six matches.

Leeds were 12-8 ahead in the second half but they couldn’t keep out the hosts, who saw Chris Atkin, Elijah Taylor and Ryan Brierley all cross over to secure the comeback victory.

The Red Devils have now won three of their six Super League games this season, leaving them seventh in the standings, while the Rhinos only have the sole victory to their name and are in a tricky period right now.

Speaking about the defeat to BBC Radio Leeds, Agar said: “I didn’t think we showed enough grit and resilience and the last two tries we conceded were a capitulation really.”

Elsewhere on Friday, Catalans Dragons made it five consecutive Betfred Super League wins as they edged out Hull KR 18-10 on home soil, leaving the French outfit second in the table.

Rovers remain in eighth place, having won two and lost four of their six matches, and they return to Super League action on April 1 with a home clash against Warrington Wolves.

There are two games taking place on Saturday, with the first a 12:30 clash between Warrington and Wakefield Trinity at The Halliwell Jones Stadium (Warrington 2/11, Draw 22/1, Wakefield 9/2 – Match Betting).

Warrington are sixth in the table, having won three of their five outings to date, and they will be confident of overcoming a Wakefield side that have only picked up one victory from five attempts.

Also on Saturday, at 17:00, rock-bottom Toulouse Olympique, play host to reigning champions and table-toppers St Helens, who have made a perfect start to the campaign and are 11/8 to win the Grand Final.

Toulouse have lost all five Super League matches, conceding 159 points in the process, and they are 12/1 to cause an upset, while the draw is priced at 28/1 and St Helens are 1/28 to triumph.