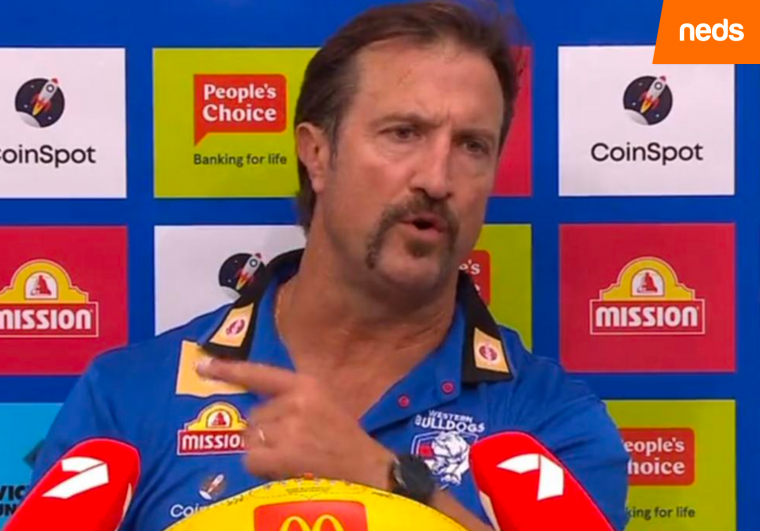 You’d think that after being a three-time premiership coach, Richmond’s Damien Hardwick would be pretty happy with most things the football world has to offer, but Dimma was a cranky man last year.

Despite the Tigers’ thrilling 4-point win over GWS in Round nine, Hardwick made it clear to the media in his press conference he was no fan of Marvel Stadium.

‘Spoilt’ and ‘precious’ is how Matthew Lloyd and Kane Cornes described Richmond after its complaints about Marvel Stadium. pic.twitter.com/6ZuyM6kqgi

Hardwick has form of getting a bit cranky in a press conference.

After one of the worst games of Australian Rules Football ever played in Round 6 last year, Damien Hardwick told the media what he really thought about it and pointed the finger at the tactics of the Sydney Swans.

Dimma blames Sydney for the ‘horrendous game of football’ pic.twitter.com/sxMcAsJ6EC

Swans coach John Longmire was quick to fire back.

“I’m not sure it’s my role to walk up to Damien’s coach’s box, knock on the door and say ‘what would you like us to do?’ That’s how it happened.”

In a world usually rife with cliches and diplomatic responses, seeing two coaches not afraid to speak their minds was very refreshing.