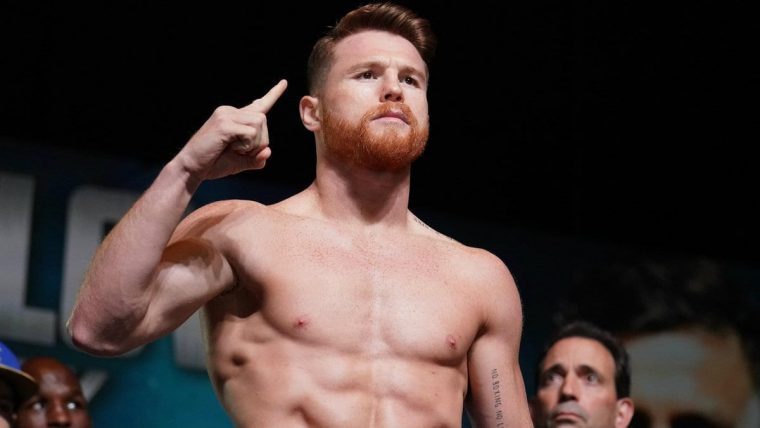 Canelo Alvarez and Dmitry Bivol both easily made weight for their WBA (super) light heavyweight title fight at the T-Mobile Arena which will be taking place during the early hours of Sunday morning (Bivol 4/1, Alvarez 1/4, Draw 16/1 – Bout Winner).

Reigning undisputed super-middleweight champion Alvarez is looking to become a two-time world champion at 175 pounds and he weighed in at 174.4.

The Mexican is returning to the ring for the first time since stopping Caleb Plant to become the undisputed champion at super middleweight last November and he is looking to make the most of having the majority of the support for Saturday’s bout.

“They make me feel so happy,” Alvarez told DAZN’s Todd Grisham. “Thank you so much. Viva Mexico. I’m really happy and grateful for all my fans for the support.”

Alvarez (5/2 to win by KO/TKO/DQ/Technical Decision) boasts a 57-1-2 record, with 39 of his victories coming via knockout, while he has won eight fights on the spin since his controversial draw with Gennady Golovkin in September 2018.

Bivol, who weighed in at 174.6, will certainly provide Alvarez with a stern test of his credentials this weekend, as the Russian looks to defend his WBA (super) light heavyweight title for a ninth time.

Like his opponent, Bivol will be stepping into the ring for the first time this year having claimed an unanimous decision victory over Umar Salamov in his most recent bout last December.

That victory leaves the 31-year-old (17/2 to win by KO/TKO/DQ/Technical Decision) with an enviable record of 19 wins from as many fights, with 11 of those successes coming via knockout and he is certainly not just looking to make up the numbers come fight night.

“Thank you to everyone who supports me and believe in me,” Bivol told Grisham at the weigh-in amidst boos from a raucous Alvarez following. “I try to make a good fight for you.”