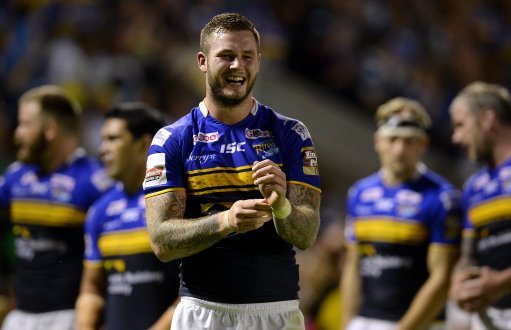 Leeds Rhinos (50/1 – Grand Final Winner) could have Zak Hardaker in their side sooner rather than later as he has been cleared to resume training following a suspected seizure.

England international Hardaker made a sensational return to Leeds two weeks ago following his release by Wigan Warriors and there was huge excitement surrounding the announcement.

However, on the same day the move was confirmed, the 30-year-old was admitted to Wakefield’s Pinderfields hospital after being taken ill while out walking with his young son.

The Pontefract-born star, believed to have suffered a suspected seizure, underwent tests before being discharged and he is now ready to return to training with the club he was first at from 2011-2017.

A statement from Leeds on Monday read: “Leeds Rhinos are pleased to confirm that Zak Hardaker has been given the relevant specialist clearance to return to training and hopes to be available for selection in the near future.”

Hardaker, who signed a short-team deal until the end of the season with the Rhinos, will now be pushing to make his first appearance since returning and that could come in Sunday’s clash with Salford Red Devils.

Leeds have only won three of their 11 Betfred Super League games this season, leaving them ninth in the standings and 11 points behind leaders St Helens (10/11 Fav – Grand Final Winner) and second-place Wigan Warriors (4/1).

Salford have been enduring a similarly dismal campaign, as they occupy 10th place after losing eight of their 11 matches to date, making Sunday’s contest a big one for both teams.