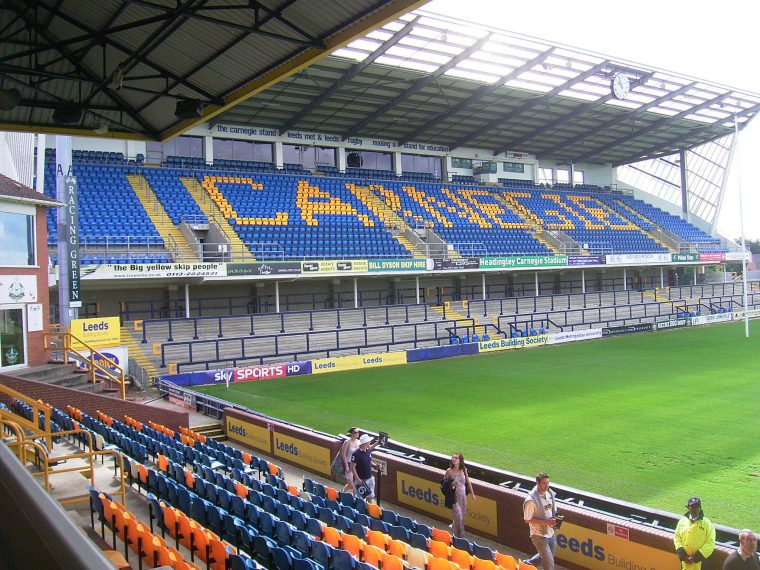 Interim coach Jamie Jones-Buchanan praised Leeds Rhinos for their “hard work” after they beat Hull KR 12-0 in his final game at the helm.

It’s been an extremely tough campaign for Rhinos but the future is looking bright as new head coach Rohan Smith prepares to take control.

Jones-Buchanan was placed in charge on an interim basis after Richard Agar stepped down in March after winning just one of their opening six Betfred Super League games.

Rhinos failed to win their first four games across all competitions under Jones-Buchanan but successive wins, including Friday’s 12-0 triumph over Hull KR, has propelled them up to ninth in the standings.

Jones-Buchanan said: “They have got there through hard work and sheer effort and tipping into each other, working exceptionally hard from Monday to Friday and turning up on Friday night to do what’s important on the dancefloor. I knew it would come to fruition.

“When Rohan gets here, someone who has very similar values to myself, he will pick it up and kick it on and those boys can go as far as they want. There is no ceiling.”

There’s just one game lined up for Saturday when fifth-placed Hull FC welcome rock-bottom Toulouse to the MKM Stadium.

Hull are seeking a third successive win and could leapfrog Huddersfield into fourth if they consign Toulouse to their 10th loss of the campaign (Match Betting – Hull FC 2/13, Draw 25/1, Toulouse 5/1).

The French outfit have struggled to adapt to the Betfred Super League in their debut campaign and already look doomed for relegation to the Championship.