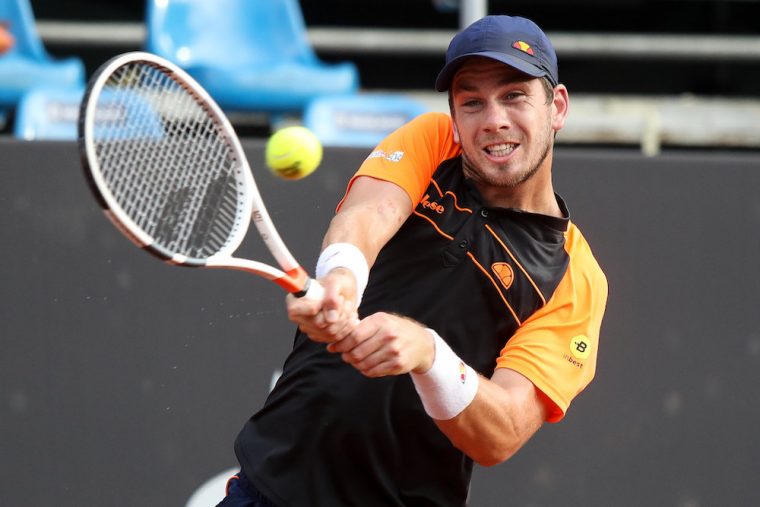 British duo Cameron Norrie and Dan Evans have both progressed to the last 16 of the Madrid Open after impressive victories over John Isner and Roberto Bautista Agut in the Spanish capital.

The pair join Andy Murray in the next round with the Scot preparing to take on Novak Djokovic on Thursday in the latest installment of what has been a superb tournament so far for the British men.

Indeed it’s the first time that three British men have ever made it to the last 16 of an ATP Masters event after Norrie saw off the experienced Isner 6-4 6-7 6-4, while Evans also won through his match against Bautista Agut in three sets, eventually triumphing thanks to a tie-break to come out on top 6-3 5-7 7-6.

Norrie will take on Spanish starlet Carlos Alcaraz next and Evans goes up against Andrey Rublev in his last-16 match, with both ties scheduled for Thursday, along with Murray’s eagerly-anticipated reunion with Djokovic.

Murray did well to beat Canadian 14th seed Denis Shapovalov, who knocked him out at the third-round stage of Wimbledon last year, on Tuesday and now the three-time Grand Slam winner takes on Djokovic.

Not that Murray appears to be holding out much hope he can pull off a shock and get the better of the world number one.

The three-time Grand Slam winner admits that while he seems to be playing his best tennis since his career-saving hip surgery, it’s a huge ask for him to try and compete with his old rival on court these days.

“He’s the world number one and I’ve got a metal hip,” world number 78 Murray told Amazon Prime after his win over Shapovalov. “I didn’t know I’d get opportunities to play matches like this again. In theory I shouldn’t have a chance in the match.

“But I’ve worked my hardest, put myself in a great position and it’s a fantastic opportunity to play against him again on a big court in a huge tournament.”

Djokovic is 1/7 to progress into the last eight at Murray’s expense with the Briton 9/2 to roll back the years and win.