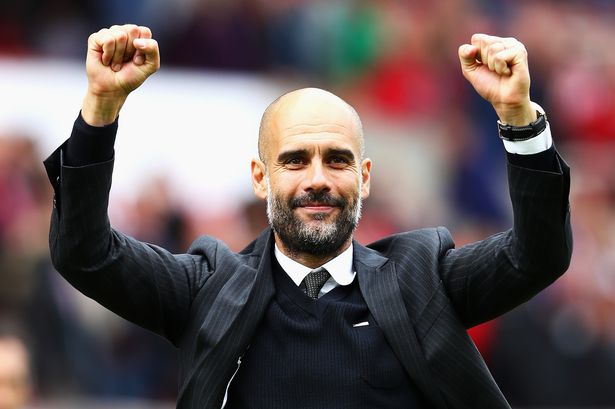 There were more twists and turns in the Premier League over the weekend, with some significant results having implications at both ends of the table.

Manchester City stretched their lead at the top of the standings to three points, while Leeds United dropped into the bottom three with just three matches remaining.

We take a look at the winners and losers from the latest round of fixtures.

Pep Guardiola’s side are now three points clear at the top thanks to their 5-0 success over Newcastle United.

Raheem Sterling scored two goals, while Aymeric Laporte, Rodri and Phil Foden also found the back of the net.

After watching Liverpool (11/2 to win the title) draw 1-1 with Tottenham the day before, City took full advantage and put further daylight between the two sides.

Arsenal (1/4 to finish in the top four) strengthened their grip on fourth spot in the table after they beat Leeds 2-1 at home.

The Gunners are now four points ahead of Tottenham in fourth, but they do still have to come through Thursday’s north London derby.

Mikel Arteta’s side looked impressive for large parts against Leeds and will fancy their chances of securing Champions League football.

The Toffees (9/1 to be relegated) improved their chances of avoiding relegation as they beat Leicester City 2-1 at the King Power Stadium.

Frank Lampard’s side have now won back-to-back matches and moved out of the relegation zone thanks to Sunday’s victory, while they also still boast a game in hand on direct rivals Burnley and Leeds.

The Whites (10/11 to be relegated) did all they could to help Arsenal on Sunday, giving away two cheap goals before Luke Ayling was shown a straight red card for a clumsy challenge on Gabriel Martinelli.

Leeds will now be without Ayling for the rest of the campaign, and Jesse Marsch’s hands are tied all over the pitch due to numerous injuries.

The Red Devils can no longer qualify for next season’s Champions League due to a 4-0 defeat at Brighton.

The Seagulls ran riot on home soil, and United fans will be delighted that their team only have one game to go before they can forget about another miserable campaign.

Watford’s relegation was confirmed on Saturday as they lost 1-0 to Crystal Palace at Selhurst Park.

Roy Hodgson was unable to get a result on his return to his former stomping ground, and the Hornets will now need to rebuild for another gruelling Championship campaign.