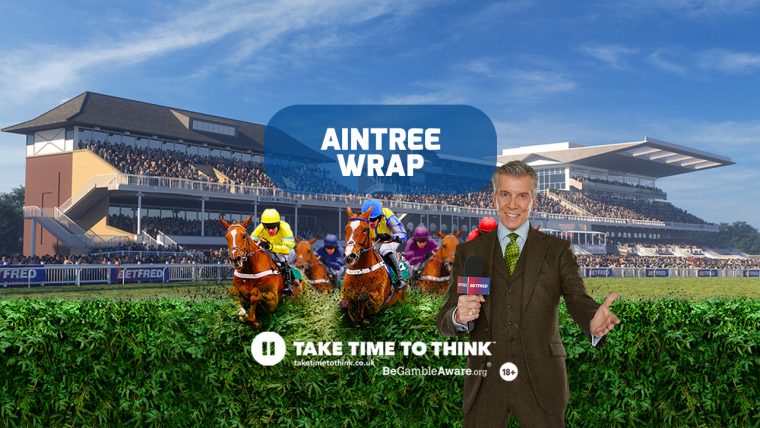 Trainer Joseph O’Brien was left celebrating on Friday on Day Two of the Aintree Festival as Fakir D’Oudairies showed plenty of class to see off Hitman as he won the Marsh Chase.

The seven-year-old was due to run at the Cheltenham Festival, but O’Brien decided to withdraw him from the Ryanair Chase.

On Friday afternoon, his decision was vindicated as Fakir D’Oudairies looked fresh and strong as he outclassed his rivals under jockey Mark Walsh.

Speaking after another Grade One success, O’Brien told reporters: “I’m delighted with that. Mark gave him a great ride, and he’s been a great servant to us that horse over a number of years. Hopefully, he’ll be around another few years yet.

“I have to see the race again, but it’s as good a performance as he’s put up, I’d say.

“I think there’s no doubt it was a deeper race this year, and I was surprised he was as short a price as he was, to be honest.”

Jonbon lost his unbeaten record to Constitution Hill in the Supreme Novices’ Hurdle at Cheltenham last month, but he showed plenty of heart as he held off El Fabiolo at the death.

Henderson’s charge was a little warm beforehand, but he settled to get up just before the line as the Lambourn trainer won successive Grade Ones, thanks to Epatante’s success on Thursday.

The Betway Mildmay Novices’ Chase went the way of Ahoy Senor, who got the better of Bravemansgame, L’Homme Presse and Fury Road.

Dan Skelton’s Langer Dan win the opener at 13:45, while Mac Tottie was an emphatic winner of the Randox Topham Handicap Chase at 16:05.

Paul Nicholls celebrated a double towards the end of the crowd, as Gelino Bello and Hacker Des Places won the final two contests.