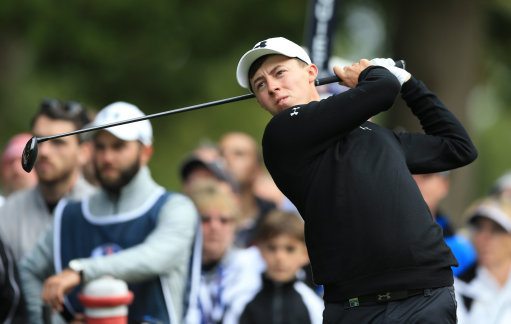 Englishman Matt Fitzpatrick (10/3 – US Open Outright) admitted he’s been dreaming of winning the US Open this week after ending Saturday in a share of the lead alongside American Will Zalatoris at Brookline.

Fitzpatrick was one of just seven players who shot an under-par round on the third day near Boston as blustery conditions made things very difficult for the world’s best players in the major.

Defending champion Jon Rahm (4/1) is a shot behind on -3 heading into Sunday’s final round, while world number one Scottie Scheffler (6/1) is ominously poised on two under with Keegan Bradley (14/1) and Adam Hadwin (22/1), one shot ahead of several on one under, including Rory McIlroy (10/1).

Fitzpatrick, who will tee off alongside Zalatoris at 19:45 on Sunday as he goes in search of his first major, admitted the thought of becoming US Open champion has been at the forefront of his thinking.

He could also secure a unique double by becoming only the second player – after golfing legend Jack Nicklaus – to win the US Amateur and US Open at the same course after he triumphed at Brookline in the former in 2013.

“I’d be lying if I said I haven’t thought about it. It would just mean the world,” he said in quotes carried by BBC Sport. “It’s a special place for me and to go one step further and win a US Open round here would be even more special.

“The US amateur was one of the biggest achievements in my career and still is, and if I won a major here it would definitely overtake it.

McIlroy, meanwhile, admitted Saturday was difficult due to the testing conditions as he slipped down the leaderboard following a three-over 73, although overall he was pleased to end the day still in touch with the leaders, three shots off the pace.

He said: “It was one of the toughest days on a golf course I’ve had in a long time. I just needed to grind it out, and I did on the back nine.

“To play that back nine at even par today was a really good effort, I thought – kept myself in the tournament. I’m sort of going home thinking that I held this round together when it could have got away from me quickly.”