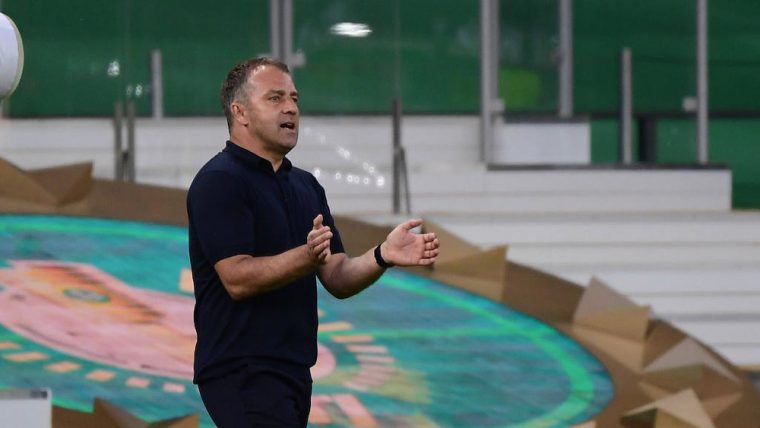 Germany boss Hansi Flick says he and his side are ready for a physical encounter when they welcome rivals England to Munich on Tuesday night (Germany 6/5, draw 23/10, England 12/5 – Match Betting).

Both teams are looking to get back to winning ways after Germany were held to a 1-1 draw by Italy and England (9/1 Nations League outright) suffered a shock 1-0 defeat on the road in Hungary.

Die Mannschaft have switched their focus to facing England in Bavaria and Flick feels his side are ready for the physical approach Gareth Southgate’s Three Lions will bring to the Nations League clash.

“We have prepared well for England,” Flick said. “If we stick to our plan, we’ll hopefully put in a good performance and get the win in front of a sold-out stadium in Munich.

“England are a really physical side and it will be a tough test for us.

“We are nevertheless looking forward to it. It will be important to match their physicality and to play our own game.

“It’s a special game for us. We need to get the fans as pumped up as we are with some attractive football.”

Germany (7/1 Nations League outright) have no fresh injury concerns following their stalemate with the Azzurri but Marco Reus is still likely to miss Tuesday’s game due to illness.

As for England, debutant against Hungary James Justin is a doubt after picking up a calf complaint in Budapest, while Raheem Sterling will be hoping to start after coming through his own bout of illness.