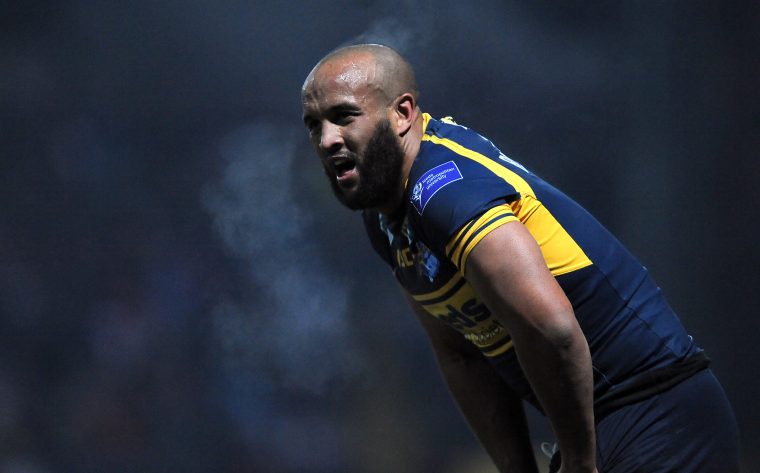 Leeds Rhinos’ wait for a second Betfred Super League win goes on as they surrendered a 12-4 lead to draw 20-20 with Huddersfield Giants on Thursday.

The Rhinos remain second bottom of the league table after they failed to build on their advantage at Headingley. Jermaine McGillvary gave the Giants the lead before Liam Sutcliffe and Rhys Martin touched down for the hosts.

Leeds moved back into a 10-point lead thanks to Morgan Gannon’s try, but Luke Yates and Innes Senior scored in the final two minutes to send the game into golden point extra-time, although neither side could find a match-winning score.

Speaking after his team’s draw, interim coach Jamie Jones-Buchanan (pictured as a player) told BBC Radio Leeds: “I thought we were impressive for a lot of it, and we fought right to the end. I’m really proud of the boys.

“There’s still areas where our discipline lets us down, but we’re on the right trajectory.

“Credit to Huddersfield. They’re a great team, and they’ve got a lot of belief.”

Elsewhere in Super League, Castleford Tigers made it 17 straight wins against Wakefield Trinity as they ran out 34-4 winners at Belle Vue.

The first-ever Super League match between two French sides went the way of Catalans Dragons, even though they finished the game with 12 men.

Catalans won 18-10 on home soil, despite Joe Chan being sent off with just under 30 minutes remaining to give Toulouse hope.

The Robins can move level with their neighbours if they win, while we could also see a new team at the top of the league table, with Wigan Warriors travelling to St Helens at 15:00 (St Helens 1/4, Tie 20/1, Wigan 10/3 – Match Betting).

Both sides have only lost one game all season, and it promises to be a fascinating battle at the Totally Wicked Stadium.