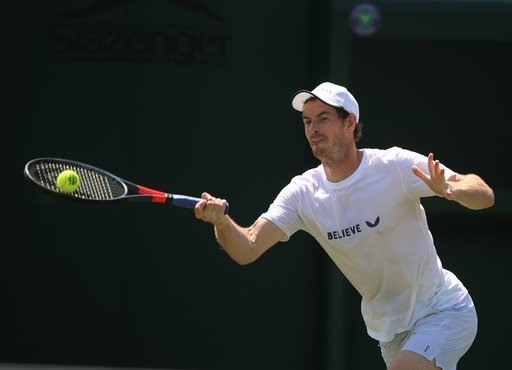 It was a spirited effort from the former world number one, who had already seen off top seed Stefanos Tsitsipas and Australian Nick Kyrgios to reach his first grass-court final since winning his second Wimbledon title in 2016.

After losing the opening set, Murray battled back to level the match against world number 10 Berrettini, who was playing in his first tournament since suffering a hand injury back in March.

Murray (25/1 Wimbledon Outright) knows all about injury issues, and the three-time Grand Slam winner twice required treatment on a potential side injury during the final set, a huge concern with Queen’s set to start next week – the Brit is due to face Lorenzo Sonego in the first round of that competition on Tuesday (Murray 8/15, Sonego 6/4 – Match Betting).

Wimbledon is also just around the corner, but Murray was keen to focus on the positives in the aftermath of his defeat to Berrettini and was giving little away regarding his fitness concerns.

“It’s been an incredible week here. I really enjoyed it,” Murray told reporters on court. “The team here did a fantastic job. The fans the whole week were brilliant. I’ve had great support during most of the matches and a fantastic atmosphere over the weekend. Thank you so much.

“I’m feeling better about my game. I hope my body holds up. I hope to see you all again in the future.”

Murray will move up to number 47 in the world rankings following his performance in Stuttgart, which represents the first time he has broken into the top 50 since May 2018.

The 35-year-old was not the only Briton in final action on Sunday, as Dan Evans claimed victory on the ATP Challenger Tour, beating Australian Jordan Thompson 6-4 6-4 to win the Nottingham Open.

Like Murray, Evans will be in action at Queen’s this week, but he has been handed a tough draw against Berrettini, who was the winner of the London event 12 months ago (Evans 13/8, Berrettini 1/2 – Match Betting).