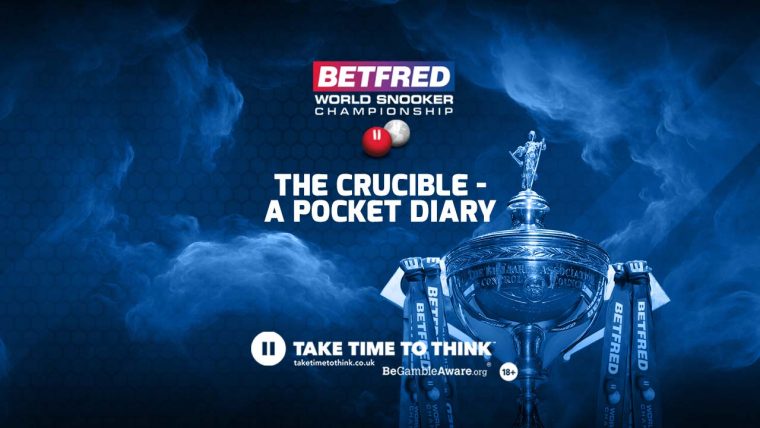 By the end of play today, the 32 starters for the Betfred World Snooker Championship will have been whittled down to a final pair who will battle it out over 35 frames for the coveted prize.

3920 people will watch the final in The Crucible theatre over the four sessions, and they may witness history again with Ronnie O’Sullivan two frames away from an eighth final appearance when he reappears this evening against John Higgins. The victor will meet Judd Trump, below, who won an absolute epic against Mark Williams by the narrowest of margins.

In one of the greatest-ever Crucible clashes, Williams recovered don’t forget from 7-1 down to force a more than deserved final-frame showdown, with both players having chances to put the other away.

The Juddernaut eventually prevailed in a match no-one is forgetting for a very, very long time. Records have fallen at regular intervals at this year’s championship, so let’s have a look at some of the lesser-known number-based facts.

First opened in 1971, the Crucible held its first World Snooker Championships in 1977.

There have been twenty different nationalities represented, with Hossein Vafei the twentieth this year representing Iran, with the World Champions representing only seven of those nations.

As you may be aware from this year’s competition, there have now been twelve maximum 147 breaks in this famed arena from eight different players.

Over 41,000 spectators will have watched 568 frames going into this evening’s final semi-final session.

There have also been 103 centuries at this year’s tournament, looking set to beat last year’s record number of 108. There had been 2088 ton plus breaks in the Crucible over the last 44 years.

The seven-time World Champion also saw some more of his records fall by the wayside. He reached the quarter-final on nineteen occasions, a number surpassed by Ronnie this year who won his twentieth – while his twelve semi-final appearances was also usurped by the Rocket.

That’ll do for today’s lesson.

This has been a fantastic fifteen days and whoever lines up at 1pm tomorrow, we await thirty-five frames of Sensational Snooker