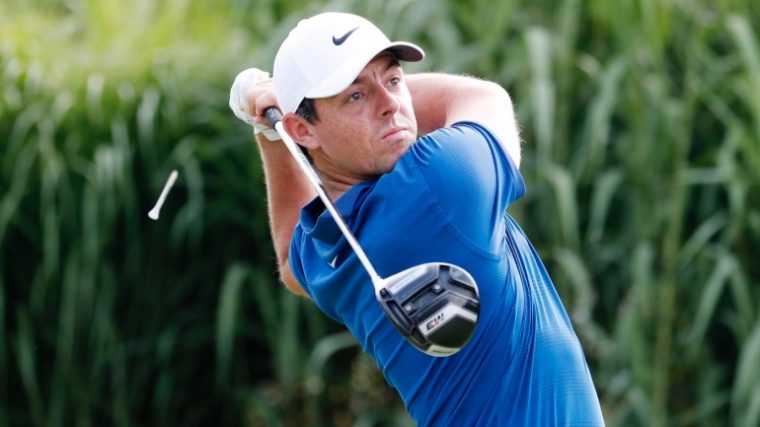 Rory McIlroy (9/2 – Outright) admitted he got frustrated at times during his first round at the US Open, but the Northern Irishman still finds him just one shot off the lead going into Friday’s play.

The 33-year-old, who won the US Open back in 2011, managed to card a three-under-par 67 at Brookline Country Club on Thursday.

Emotions were clearly running high for McIlroy as a couple of his club bore the brunt of his frustrations during a trying first round.

McIlroy has admitted some of the rough was hard to cope with on areas of the course, but it’s something he and the rest of the players will have to deal with for the remaining three rounds.

“It’s hard not to get frustrated because I’m walking up there going like, ‘just come back into the bunker’,” said McIlroy.

“The thickest rough on the course is around the edges of the bunkers. So I was sort of cursing the USGA whenever I was going up to the ball, but it’s one of those things.

“It happens here, it doesn’t really happen anywhere else. You just have to accept it.”

Meanwhile, it’s Adam Hadwin (25/1 – Outright) who takes the one-shot lead into Friday after carding six birdies for a four-under-par 66.

McIlroy is hot on the Canadian’s heels, as he sits in a group alongside M.J Daffue, Callum Tarren, David Lingmerth and Joel Dahmen tied for second.

Some big names sit just one shot further back on two under, with American Dustin Johnson (20/1) and English duo Matt Fitzpatrick (11/1) and Justin Rose (20/1) enjoying positive first rounds in Boston.