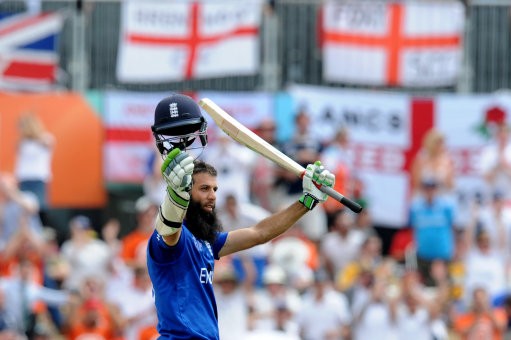 England will head into Sunday’s T20 series decider against the West Indies in Barbados full of confidence according to stand-in captain Moeen Ali.

The all-rounder was speaking after playing the starring role in a 34-run victory in the fourth match of the five-game series, which set up a winner-takes-all showdown at the Kensington Oval (Match result – England 4/6, West Indies 6/5).

Moeen smashed 63 from just 28 balls – including seven sixes – as the tourists racked up 193-6 from their 20 overs on Saturday, before opting to utilise himself to open the bowling with his off-spin.

That decision paid off as he removed both Brandon King (26) and Kyle Mayers (40) after they had looked dangerous in adding 64 for the first wicket.

Seamer Chris Jordan and leg-spinner Adil Rashid then helped England take a firm grip on the game as the Windies came up short, when a win would have seen them clinch a series triumph.

Moeen said after a satisfying day both for the team and personally: “I thought we were good in all areas. We batted well and the death bowling was fantastic – we will take confidence from that.”

The result on Saturday sets up a perfect series decider, with England having twice come from behind to draw level at 2-2.

They will be particularly happy to have options at the top of the order, with Jason Roy (3/1 – England topscorer) having shown some of his best form in making 52 on Saturday.

Phil Salt (18/5) may hope to be handed a role further up the order after falling for a golden duck when coming in at seven, with the explosive right-hander having impressed in belting 57 from 24 balls in the third match of the series.