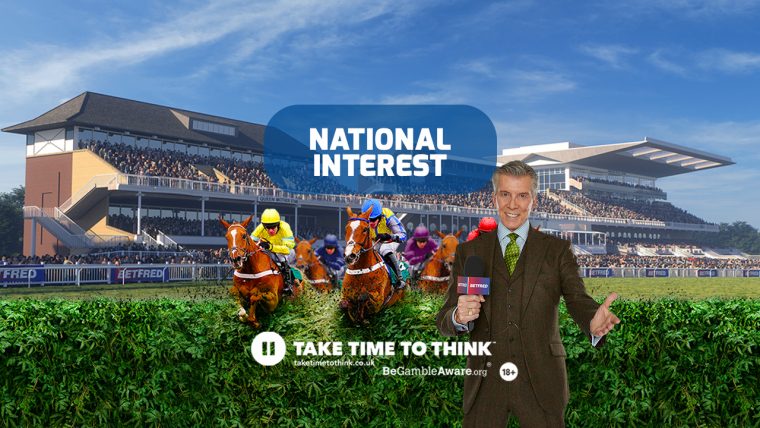 If, like me, you number the Aintree Grand National as one of our nation’s greatest sporting jewels, then I’m happily chatting to the converted. If by some chance the magic has so far passed you by, I most humbly urge you to give it a blast.

To mangle a quote from the wonderful, much-missed Sid Waddell, it beats Shakespeare hands-down for drama, and breathtaking theatre is virtually guaranteed. The National meeting is a fantastic three-day Festival, and classy horses line up – some fresh (or otherwise) from Cheltenham, others saved specifically for Liverpool.

It’s a much different test around here than in Gloucestershire. The interior Mildmay track is tight, and flat, while the main part of the National course that takes off at something of a tangent is simply unique.

What’s widely accepted as the first running of the Grand National dates back to 1839. Given the little cuddle from Lady Luck that winners often require, it’s fitting that the first scorer was an admittedly supremely-gifted nine-year-old horse by the name of Lottery.

Plenty of shrewdies were ‘on’ – he went off the 5/1 favourite. In that very same year one of the runners, Conrad, fell – ridden by a certain Captain Martin Becher. He was catapulted over the horse’s head into the watery brook on the other side of the fence, where he sensibly laid low until his rivals had all thundered by. The first entry was duly made in the annals of Aintree folklore.

Becher’s Brook, The Chair, Valentines, The Canal Turn, and more than a dozen lorryloads of spruce – essential elements in quite simply THE Greatest Horse Race, never mind mere Steeplechase, in the world. Period.

Let’s have a little stroll down memory lane, and recall some of the legendary winners. Who can forget Foinavon, in 1967 – and the melee at the twenty-third obstacle that helped the 100/1 chance skip to his celebrated victory? The fence of course now bears his name.

The greatest National horse all of all times dominated in the 1970s – Red Rum. Between ’73 and ’77 he won the race three times, and was second twice. Just astonishing. Meanwhile in ’81 Bob Champion was beating cancer and inspiring millions, as he and fellow ‘crock’ Aldaniti powered home, at 10/1.

I watched the race with a very special companion in Manchester at a long-gone hotel/nightclub, The Sandpiper, on Wilbraham Road. I had what for me then was a king’s ransom (£10) ‘on,’ at the morning odds of 11/1. After an unforgettable, sensational pop around those daunting fences Bob and Aldaniti entered National mythology, while we sauntered out for a bite to eat, floating upon the Manchester air.

George Best, Frank Worthington and other notables frequented the place, though on the day they were no doubt busy with a football at their feet somewhere. Terrific fun. I still chat about that day to the lady in question, and we smile; for that’s the nature of the Grand National – there’s invariably a story, both on, and off, the turf. Memories are forged that will never fade away.

Ireland has featured massively in the race’s storied past, especially in recent decades. Their pint-sized superstar Tiger Roll, twice a winner, has only recently retired, and last year another chapter of National history was written, courtesy of the Emerald Isle’s Rachael Blackmore, the first female rider to win it. She’s brilliant, bids to repeat on Minella Times this afternoon, and is being strongly backed to do just that.

We love the National here at Betfred. Drink it all in, lap up the drama, and above all – enjoy.