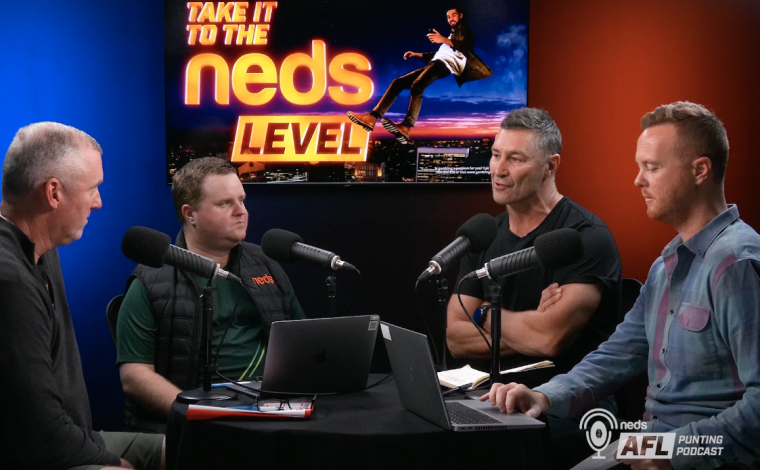 Join Brisbane Lions triple premiership player and AFL legend Alastair Lynch, veteran journo Greg Davis along with Neds own Dylan Leach with Josh Bell making his debut as the medi-sub with Ryan off with the flu.

The boys discuss the Dees form slump making the race for the 8 more interesting, why crowds might be down and in the Lynch list – Lynchy counts down the top five special occasion fixtures.

Throw in how the Punters went in the Snapshot, the infamous multi-segment along with a few hot-takes and good old-fashioned footy talk and you’ve got yourself a solid podcast.

It’s the Podcast for the Punters, by the Punters as we take it to the Neds Level with the Neds AFL Punting Podcast.

“Some of these young guns get ahead of themselves a little bit. They are treated like rockstars at the draft.”

The situation with North’s number 1 draft pick Jason Horne-Francis got Greg Davis, Alastair Lynch and the team on the Neds AFL Punting podcast talking about what’s best for the young draftees and the clubs.

Alastair Lynch lists his top 5 home and away marquee fixtures of the year and he **may** have included a certain game in it on the Neds #AFL Punting Podcast, however, the Showdown gets the call-up!