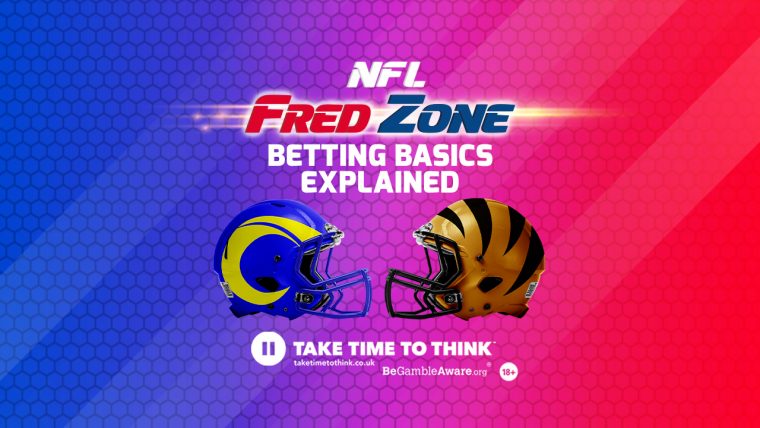 Super Bowl 56 is almost upon us. Sunday, Feb 13th, at the SoFi Stadium, in California. Ironically it’s the home of one of this year’s finalists, the Los Angeles Rams.

Same thing happened last year to the Tampa Bay Bucs, as they won it on their own patch at Raymond James. Can history repeat, and once again reward home advantage?

Many will fancy a little flutter on the match, and there are countless fun markets quite apart from the obvious ones. If you’re not exactly an expert, here’s a little guide that might just cut through a bit of the fog.

Please click HERE for the very latest, from Betfred.

American sport in general has its own very definite identity when it comes to betting. Typically, there are *3 main, core markets.

They are; Money Line, Spread (handicap), and Total Points/Game Total.

*Money Line – the outright price for one team, or the other, to win the match. As I write, it’s Rams 1/2, and Bengals 13/8. No need to factor in a draw – if necessary, period(s) of overtime will be played until we definitely have a winner.

*Spread (Points spread) – the handicap, effectively. Notionally, having the stronger team on paper (in the traders’ opinion) conceding points to their supposedly weaker rival. It’s just for betting purposes, to ‘even’ the contest out a bit.

For example, in this forthcoming Super Bowl, at present the spread is Los Angeles Rams -3.5 @ 5/6, and Cincinnati Bengals +3.5 @ Evens). What could affect this between now and kick-off? Sheer weight of support for one team or the other, sure; or perhaps injury concerns. The prices are out there, and subject to market forces, as with all sport.

If you fancy the Rams but are perhaps reluctant to take the odds-on 1/2 Money Line price, you might rather back them on the spread @ 5/6. You’ll then be hoping they can win by 4 or more, and as we say, COVER the spread.

So – let’s imagine you’ve had your spread bet. Now look at the result of the match at the end. We’ll say it was Rams 35 Bengals 28. If you’ve had a spread/handicap bet, now it’s time to APPLY THE HANDICAP.

As we can see in this example after the handicap has been applied, it’s still LA Rams, nicely in front.

Only ever apply the handicap ONCE – to the team you have backed.

As I mentioned earlier, these lines can fluctuate between now and game time – check for the very latest please right HERE.

*Game Total/Total Points – the total number of points to be scored in the match by BOTH TEAMS COMBINED.

The Traders will come up with a total that they consider to be about ‘par’ for the match in question. In other words, the ball-park figure for how many points THEY think will be scored overall.

Now we know there’s no such thing as half a point. It’s just a betting device to ensure there’s a winner. If the total put up by the traders was, say, 48, it’s entirely possible that the final total might end up on exactly that, namely 48.

If so, backing over or under 48 you wouldn’t actually have won, or lost, would you? The outcome, then, is that you’d get your money back.

Let’s go with the pre-match line for the Game Total at 48.5. Considering how the match actually turned out in our notional example above, would you have backed a winner if you’d have gone UNDER, or OVER, the total quoted before the match??

Yes, OVER is the winning bet. The line was 48.5, and the end result in our hypothetical example saw 63 points (Rams 35 Bengals 28) actually scored.

These are the 3 basic pillars of American sports betting. Just substitute ‘runs’ in baseball, or ‘goals’ for hockey, in terms of the spread, and game totals. The scoring currency in basketball is again, as in the NFL, ‘points.’

For your enjoyment, we have dozens of additional markets, often called ‘props’ or propositions, but understanding these 3 really important ones above will stand you in great stead.

Props can include markets involving some of the players most likely to influence the result. For example First Touchdown scorer, the Game’s Most Valuable Player (MVP), Total Passing yards for each one of the Quarterbacks, Total Rushing yards for specific Running backs, and so on.

Each has 4 Divisions containing 4 teams, therefore there are 16 teams per Conference, making for a total of 32 teams in the National Football League.

Teams play opponents in their Division home and away, and the other games are allocated by the NFL across the Divisions and Conferences, following a pre-determined cycle that rotates season-on-season.
17 regular season fixtures now take place for each club – a recent change from the previous figure of 16. The winner of each Division proceeds to a post-season playoff scenario, plus the three from each Conference who emerge from the Wild Card route that rewards teams with the next-best records.
So – seven from each Conference go forward to the playoffs, making 14 teams in all.

Play-off matches take place (Wild Card Weekend, the Divisional round, and finally Conference Championship Weekend), leaving then just one team left from the AFC, and one from the NFC – and they meet in the Super Bowl to determine who will be the season’s champion team.

We’re about to enjoy Super Bowl 56, so you can see it’s not a competition that’s been around THAT long. The first? January 1967 – some 96 years after the first FA Cup final!

Anyway – this year it’s Cincinnati Bengals from the AFC, and Los Angeles Rams from the NFC, who can dream of SB immortality. Good luck to them both.

Have a great Super Bowl experience.