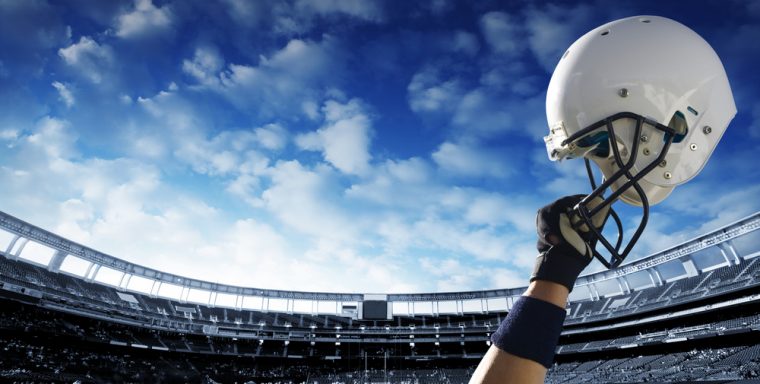 Who wins this year’s Super Bowl?

One of the most anticipated sporting events of 2022 is almost here as the Super Bowl touches down in California on 13th February.

After eliminating some of their more illustrious rivals in the playoffs, the Cincinnati Bengals and Los Angeles Rams are set to go head-to-head at SoFi Stadium for the right to be named this season’s NFL champions.

Will the Bengals go on to lift the Vince Lombardi Trophy for the first time in their history, or will the Rams reign supreme on their own turf?

Here’s our look at the Super Bowl betting…

Super Bowl LVI Betting: A Look Back at the Play-Offs

Since the beginning of January, both the Cincinnati Bengals and Los Angeles Rams have had to fight hard to secure their final berth.

It’s been touch and go at times, with both ultimately coming through the right side of close-run games in both the divisional playoffs and Conference Championship to seal their title shot in Inglewood this Sunday.

At the start of the play-off process, NFC North winners the Green Bay Packers were the favourites in the outright betting, closely followed by the Kansas City Chiefs and defending champions the Tampa Bay Buccaneers.

However, two of the early favourites would both stumble in the divisional playoffs, with the LA Rams helping bring the curtain down on Tom Brady’s illustrious career with a tight 30-27 win over the Buccaneers at Raymond James Stadium.

That success set the Rams up for an NFC Championship showdown with the San Francisco 49ers – who had arrived in confident mood after eliminating the Packers in the previous round.

Once again, it would be a nervy night for the LA side at SoFi Stadium, as they held their nerve in a 20-17 win to secure their bid at redemption after losing Super Bowl LIII in 2019.

The Cincinnati Bengals are hoping it’ll be third time lucky for them this time around having lost on their only two previous Super Bowl outings (1981, 1988).

Wins over the Las Vegas Raiders and Tennessee Titans sent them into an AFC Championship clash that will go down in NFL folklore as they eliminated the 2019 champions Kansas City Chiefs in a nailbiter.

The Bengals fought back from 21-3 down to 24-24 to force overtime before Evan McPherson kept his calm with the decisive kick to ensure Cincinnati’s best-ever finish to a season since their 1980s heyday.

Which side will shine in this season’s Super Bowl?

Traditionally, the Super Bowl MVP is usually awarded to the quarterback of the winning team.

His position and responsibility as quarterback makes his role fundamental to the development of the game and his team’s options.

On that basis, Joe Burrow and Matthew Stafford are the two players in pole position to take that award this year.

However, beyond the quarterbacks, who else could feature in the MVP shake-up?

Cooper Kupp could be the standout.

The Rams receiver has had a historic season that led him to close the regular season as the NFL leader in receptions, rushing yards and touchdown receptions, only the fourth time this has been achieved in NFL history.

He’s kept that form up throughout the playoffs too and will be crucial to LA’s hopes in the final.

Wide receiver Ja’Marr Chase could also be a leading candidate for the Cincinnati Bengals given his outstanding consistency at the age of just 21.

A long-time teammate of Joe Burrow from their days at Louisiana State, the rookie has adapted seamlessly to his first season in the professional game, emerging as one of the shining lights in the Bengals’ surprise play-off charge.

Nor should another high-flyer playing his first Super Bowl be overlooked.

LA Rams wide receiver Odell Beckham Jr has enjoyed a new lease of life this campaign after joining the Californian outfit at the start of the season.

Running back Joe Mixon also has been posting his career-best numbers for the Bengals and his input could be vital if the Bengals are to break to break their championship duck.

🤔 Did you know that… the Super Bowl MVP has been awarded 56 times, with the award going to a quarterback 31 times.

The rest are split between:

Who wins the Super Bowl?

The LA Rams start as overwhelming 51/100* favourites as they look to make history stepping out in the familiar surroundings of their home SoFi Stadium in Inglewood.

While the Rams will technically be designated the ‘away team’ for this fixture due to the Super Bowl tradition of alternating which conference ‘plays host’, LA will be looking to follow in the footsteps of the Tampa Bay Buccaneers who became the first side to win at their own ground in 2020.

The Cincinnati Bengals are currently rated a 39/20 chance* having fallen at this final hurdle two times before back in the 1980s and having had to pull off the most improbable of comebacks against the Kansas City Chiefs simply to set up this Super Bowl assignment.

* Odds correct at time of writing but may be subject to change.

Coverage of the event begins at 11pm on BBC Two before switching to BBC One from 11:35pm.

Alternatively, Sky Sports NFL will also be showing full live coverage of the event from 10pm.

Who will perform at the Super Bowl?

This year, the halftime show will be performed by five artists.

After a mixed response to The Weeknd’s eccentric set last year, organisers have gone with safety in numbers for 2022, with a heavy focus on rap and hip-hop.

Dr Dre, Snoop Dogg, Eminem, Kendrick Lamar and Mary J. Blige will share top billing, with everyone but Blige performing at the showcase event for the first time.

Check the latest NFL odds with Marathonbet ahead of Rams @ Bengals.

Who wins out in California?