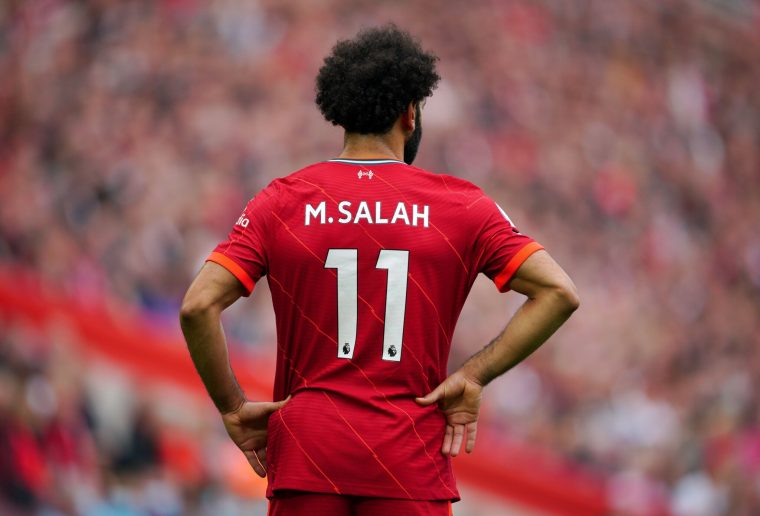 We may be two months away from the start of the 2022/23 Premier League season, but the transfer window, as always, is already generating excitement about what could transpire once we kick off.

New strikers, potential new stars of the league are on their way to our shores, and they’re bringing with them a suitcase full of goals.

Man City’s signing of Erling Haaland represents a new dawn, no longer are the stars of tomorrow seduced by the two previously irresistible behemoths of Spanish football, the pendulum has fully swung northwards, the top flight of English football is indeed the place to be.

As well as the Norwegian, there’s some South American flavour as Darwin Nunez has just completed his £80 million move to Liverpool from Benfica. The rangy, hard-working, Uruguayan will be looking to slot straight into Klopp’s system and hit the ground running.

Can these newcomers challenge the old guard and top the scoring charts next season? Well, let’s take a look at the odds…

Mo Salah made it three Golden Boots last time out having shared the award with Tottenham’s Son Heung-min on a tally of 23 goals.

It was the fourth time in five seasons for Liverpool that the Egyptian has notched over 20 league goals, with his only ‘failure’ to do so coming in 2019/20 where he only managed 19.

There are certain irrevocable truths that have come to be in recent years in the Premier League, and one of those is that if Mo Salah plays, Mo Salah will, most of the time, score. He is once again a worthy favourite for the Golden Boot.

The true cat amongst the pigeons next season, Haaland comes in with an incredible scoring record of pretty much a goal a game at Dortmund. 13 in 15, 27 in 28 and 22 in 24 were the Norwegian’s Bundesliga tallies in his three seasons in Germany.

The only question mark over him is his injury record, with hamstring and then hip injuries plaguing the striker throughout his final season at BVB. If he stays fit, you would expect him to be at least top three.

Harry Kane’s Tottenham role seems to have shifted away from out-and-out striker in recent seasons. Especially in 2021/22 where one could argue he played second fiddle to his teammate Son-Heung Min.

Since his haul of 30 Premier League goals in 37 appearances in 2017/18, he’s notched 17, 18, 23 and 17 in the following four campaigns. We know Harry Kane is more than just a striker, with his assist numbers getting increasingly healthier over the years, but assists don’t win you the Golden Boot.

Son Heung-min is the Premier League’s forgotten man. Sure, he receives plaudits from all corners for his often electric play, but there was, shockingly, no place in last season’s PFA Team of the Year, even after he shared the Golden Boot with Mo Salah.

As Harry Kane has slowly dropped deeper and deeper over the years, Son has taken on a more active scoring role, with his goal numbers jumping from 12, 12 and 11 between 2017-20 to 17 and then 23 in the last two seasons. A tempting outside bet at 8/1.

The debate over whether Cristiano Ronaldo was a ‘good’ signing for Manchester United last summer will inevitably rage on this season as they enter a new era under Erik ten Hag, but if there’s one thing that has never, and will never be in doubt, it’s that the Portuguese provides one thing – goals.

18 goals in 30 appearances last season in United’s worst performing Premier League team ever puts that on display. If Erik ten Hag can manage to transform the ailing club while still making Ronaldo a focal point, he’ll without doubt be in the mix.

Liverpool’s £80 million man has already been thrust into an unwanted battle of the signings, with onlookers already debating who’ll get more goals between him and Erling Haaland.

26 goals in 28 league appearances last season in the Portuguese Primeira Liga was the Uruguayan’s true breakout campaign, having scored just 6 in 29 in 2020/21. It’s still unclear exactly how Klopp will deploy the tireless 22-year-old, but if you’re playing regularly for Liverpool in that area of the pitch, you’ll surely score goals.

Frankly, we’re not even sure Romelu Lukaku will still even be a Chelsea player next season, with the Belgian seemingly letting everyone he can possibly tell know he fancies a move back to his safe space in Italy.

Even if he does end up remaining at Stamford Bridge, it seems likely it will be not at the request of Thomas Tuchel, but due to a lack of pennies in the Inter bank account.

20/1 is a good price, but you would have to be one of the most optimistic Chelsea fans on earth to be tempted given he’s not in the manager’s plans.