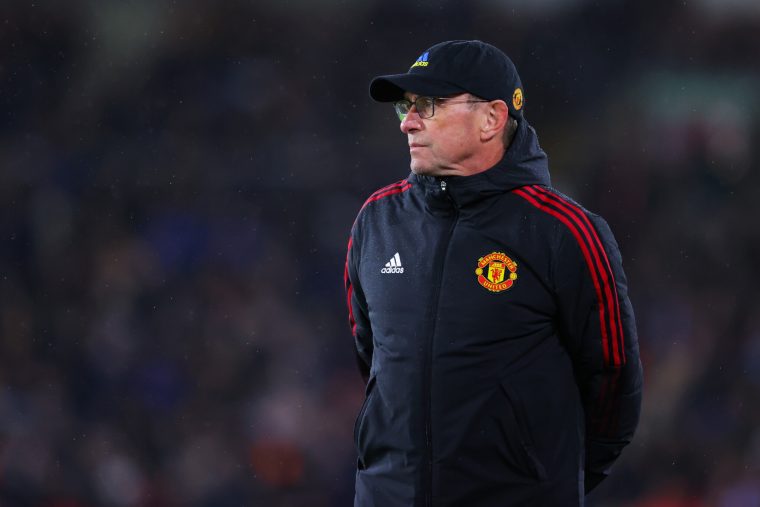 We knew it was coming, like an enemy warship finally piercing the horizon, a monster coming over the hill if you will. Things are about to get very tough for Manchester United and Ralf Rangnick (9/4 Man Utd Top 4 Finish).

As they prepare to face Pep Guardiola’s Manchester City on Sunday (Man City 2/5, draw 4/1, Man Utd 7/1), fourth place in the Premier League is still very much up in the air.

Contenders for the coveted spot have passed the initiative off to one another like a hot potato as they inevitably follow the positive with negative, and vice versa.

For those keen watchers of the Old Trafford club it’s hard to deny there have been signs of progression in general play, chances on goal have been plentiful, and bounteous opportunities have been spurned by United’s ailing forward line.

Cristiano Ronaldo (8/1 FGS vs. Man City) is out of form, netting just once in his last 10 in all competitions, only adding to the feeling that the club made a perhaps nostalgia-driven mistake in allowing him to don the red shirt once again.

Marcus Rashford is seemingly at a crucial tipping point in his career – at what stage does bad form become the baseline? Excuses and explanations can only provide solace for so long for a player that hasn’t truly excelled since the 2019/20 season. The emergence of Jadon Sancho as the player fans expected when he finally got his move from Dortmund has been one of the brightest points of recent weeks, but it’s not been sufficient to solidify Rangnick’s side on an upward trajectory, with others around him struggling.

Though individual mistakes still persist defensively, generally the team has performed better in this respect since the German’s arrival as interim boss, with United having conceded just 3 in their last six Premier League outings.

Indeed, United are on an unbeaten run, having not failed to take at least a point since they were beaten by Wolves at Old Trafford on January 3rd, but inspect that sequence, have a kick of the tyres, and you’ll soon realise all is not as it seems.

Since the turn of the year in the Premier League, Rangnick’s side have taken 16 points from a possible 27, winning just four of their nine games.

Of course, just one loss in nine is not to be sniffed at, but when you consider the calibre of opposition, United will be left kicking themselves as the reality dawns that they should be comfortable in fourth place.

Instead, they now face what looks like a tough run of fixtures – especially if they manage to progress in the Champions League (20/1 to win Champions League) – which puts their hopes of returning to Europe’s premier club competition in doubt, unless they produce something special in the next couple of months. They’ve been offered a slight reprieve as the scheduled Liverpool game that followed their Champions League second-leg against Atletico has been postponed due to Jurgen Klopp’s side’s progress in the FA Cup.

But that remains barely a flicker of light in an increasingly darkening situation, more so when you consider it’s been touted to be rescheduled for Tuesday the 19th or Wednesday the 20th of April, just days before they take on top-four rivals Arsenal.

Rangnick will of course ‘move upstairs’ next season to become an as of yet unclarified ‘advisor’, but the fact remains that on these shores his reputation as a head coach and leader of men is on the line.

The honeymoon period is over, results are needed, and no longer are incremental improvements in passages of play and his team’s ability to trigger a press enough.

He arrived here with a mandate – to leave the club in a good position for the next permanent manager, and in the wider context, only a Champions League place would fulfil that.

For Ralf and United, it’s time to throw off the training wheels and compete with the best, and it starts with perhaps the very best this Sunday, at the Etihad.