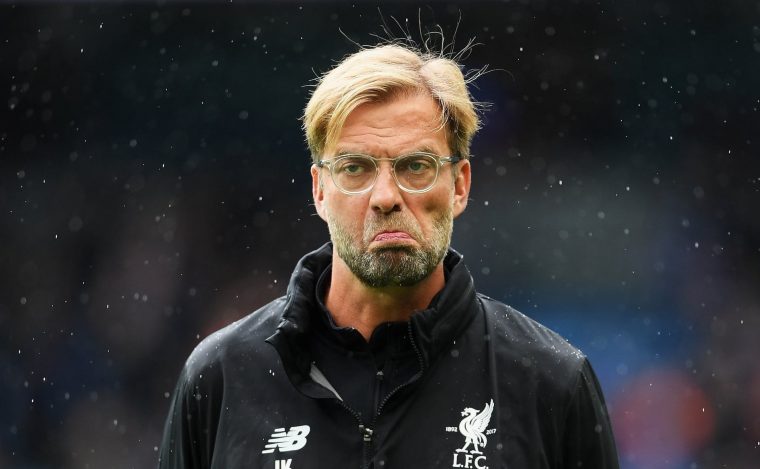 Liverpool (6/1 – Premier League Outright) boss Jurgen Klopp has admitted the early signs over Diogo Jota’s ankle injury are not good after the forward was forced off at half-time against Inter Milan on Wednesday.

Jota has been one of Liverpool’s most influential players this season, the Portuguese ace scoring 17 goals in all competitions so far to help the Reds to the League Cup final, fifth round of the FA Cup and second in the Premier League.

He started the clash at the San Siro in midweek but didn’t reappear for the second period, with Roberto Firmino coming on to replace him, and now Klopp faces an anxious wait to see if the former Wolves man faces a spell out.

When asked about Jota’s injury, Klopp said “(It’s) a twisted ankle, it’s swollen, that’s not obviously a good sign, but we have to see.

“We will check it as early as possible but we need further assessment.”

The German coach will not want to lose Jota for the run-in as he has recently pushed ahead of Firmino in the pecking order at Anfield, with the 25-year-old usually now the preferred central starter with Sadio Mane and Mohamed Salah out wide in Liverpool’s front three.

However, if he is ruled out for a lengthy period, the Reds do have plenty of other options. Firmino demonstrated his ability once more with a deft header to score the crucial opener against Inter, while January signing Luis Diaz has looked very sharp in the games that he has featured in since his move from Porto.

Teenager Harvey Elliott, who became the youngest player ever to start a match in the European Cup/Champions League (excluding qualifiers) for Liverpool on Wednesday appears to be fully fit again following his serious ankle injury in September, while Alex Oxlade-Chamberlain, Takumi Minamino and fit-again Divock Origi are amongst Klopp’s other frontline options.

Next up, Liverpool host Norwich City on Saturday at 15:00 (Liverpool 1/9, draw 9/1, Norwich 28/1 – Match Betting) as they look to temporarily close the gap to leaders Manchester City to six points at the top before City host Spurs at 17:30.