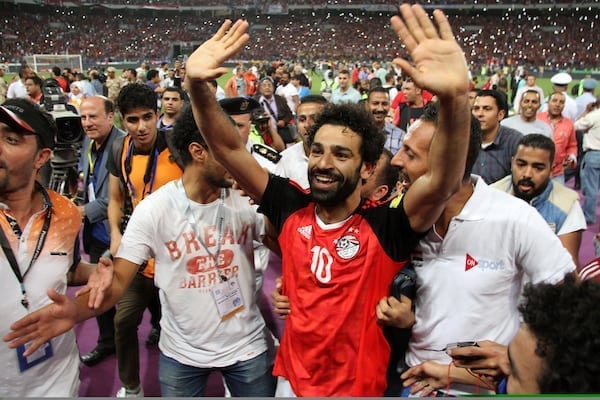 Mohamed Salah admits winning the Africa Cup of Nations with Egypt would “be completely different” from anything he’s experienced before, as they prepare to face Morocco in the quarter-finals (Match betting – Egypt 11/4, Draw 9/5, Morocco 11/8).

Hosts Cameroon (2/1 – Africa Cup of Nations outright) and Burkina Faso (10/1) beat Gambia and Tunisia respectively to seal their spot in the semi-finals on Saturday and the last-four picture will be completed on Sunday.

The Pharaohs have won the competition on seven previous occasions, but they haven’t lifted the trophy since 2010 and they only made it to the round of 16 in 2019 when hosting.

After losing their opening game of the current campaign against Nigeria, Egypt recovered to beat group rivals Guinea Bissau and Sudan before defeating Ivory Coast on penalties in the last-16.

Salah, who was a runner-up in 2017, fired home the winning spot-kick in that clash and he has stressed the importance of going all the way, although victory will set up difficult last-four tie with hosts Cameroon.

“It’s my country, what I love the most. This trophy for me would be completely different, would be the closest one to my heart,” he said in a press conference.

“We were close before to win this African Cup, we gave it everything but we were not lucky to win it but it’s OK.

“Now we are here in the new one, we have to fight for it, we have to give everything to win it, and I’m sure the players have the same feeling.”

North African rivals Morocco were 3-1 winners when the two nations last met in 2017 and they’ve only lost one of the seven meetings with Egypt.

There are doubts over the availability of Sadio Mane for Senegal after he left the field following a blow to the head in their last-16 win over Cape Verde.

Mane did travel to hospital and has been deemed fit to play, however, reports suggest Liverpool have urged his national side to leave him out due to concussion concerns.