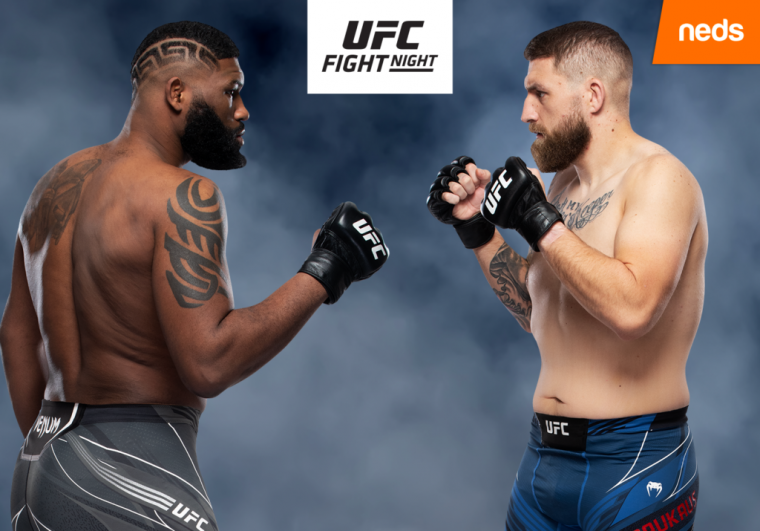 Blaydes has been so consistent in this division for such a long time without getting a title shot and he has just three losses in his 19 fight professional career which is truly remarkable in the heaviest weight division in the sport.

Two of those losses came against the current champion Francis Ngannou and the other was in February last year when he was knocked out cold by Derrick Lewis.

Chris Daukaus suffered the same fate against Lewis when he last entered the octagon in December and that was the first loss of his UFC career.

Previous to that loss he was on a five fight win streak which could be accredited to his boxing and in particular his fantastic combos and power punching.

I don’t want to sound like a broken record but the reason Blaydes has been so successful is because of his wrestling.

He can level change at will and it is such an advantage especially in this division.

I find it really tough to be confident in how Blaydes wins this, and any, of his fights because he is patient enough to win a decision, he’s capable of getting into a position to submit his opponent and he has a vicious ground and pound.

I do think that both Daukaus is good enough to cause some trouble on the feet and that Blaydes will take his time if needed.

Over 1.5 rounds is the safest betting play.