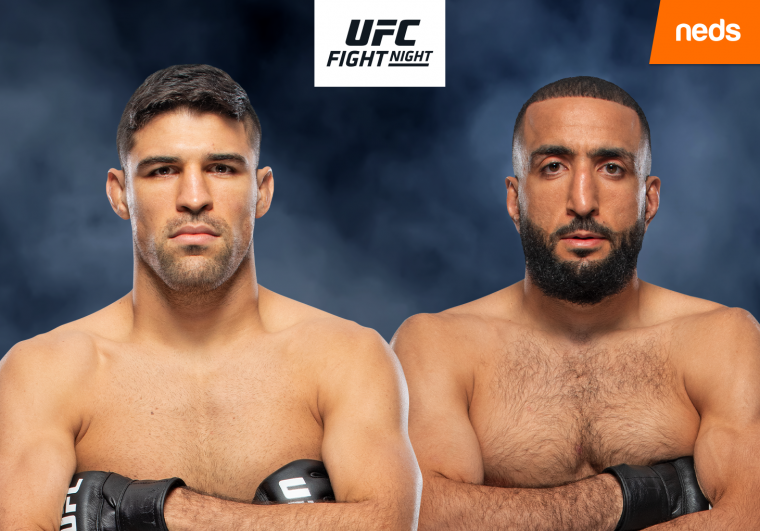 Vicente Luque is possibly the most underrated and forgotten athlete on the entire UFC roster.

His only loss since 2017 was against Stephen Thompson via a decision.

Since entering the UFC in December 2015, he has 14 wins from 16 fights and he brings in a four fight win streak, all of which have been finishes.

He’s even beaten his opponent in this main event before!

These two first clashed in November 2016 where Luque clipped Muhammad with a beautiful left hook in the first round that ended the fight.

Since that fight though, Belal Muhammad has lost only once in 12 fights including wins over Demian Maia and Wonderboy Thompson.

Luque is such a technically good boxer and you will rarely see him in any of his fights with his hands down.

He has heavy hands as well as an excellent ground game which makes him a dangerous proposition wherever the fight goes, just asked Michael Chiesa.

This is probably the best Fight Night Main Event that we have had in 2022 and I am expecting a war.

Back Vicente Luque straight out and remember that if Belal Muhammad wins a split decision you will be paid out as a winner anyway!

Split decisions happened twice last weekend at UFC 273 in Dern vs Torres and Sterling vs Yan.