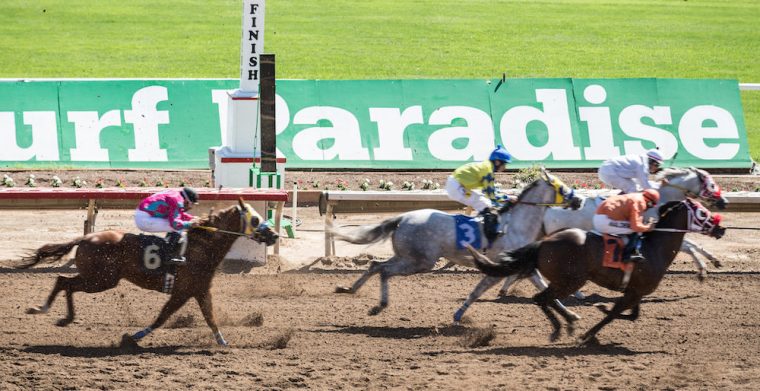 There are another five US racing meetings to look forward to on Monday, with the action getting underway at 17:50.

There are no fewer than 42 races across the five cards, with the action beginning in Ohio and concluding in West Virginia.

The opening contest of an eight-race dirt card at Thistledown takes place at 17:50, with six runners set to go to post for a 5f sprint, with the final race of the night at 21:20.

New York is next on the agenda, with an eight-race card on the dirt at Finger Lakes – the opener is due off at 18:10 and they conclude the meeting with the lucky last at 21:19.

Their biggest race of the night takes place at 20:25, with eight runners set to go in a Maiden Special Weight contest over 4f 110 yards.

After three races at Aqueduct, Torren’s Tale (2/1) returns to Finger Lakes – where she claimed a second back in November – and she is expected to run a big race in the 20:25.

Betfred’s Extra Place promotion is available in the 21:21 6f Claiming race, with seven runners set to go to post on the dirt.

There’s another eight-race meeting at Turf Paradise, starting with a Claiming race at 21:25, on what is a mix of dirt and turf action, while punters are being offered an Extra Place in the 22:25.

The Daniel Kenney-trained Full Vision (SP) is looking to make it successive wins in the 00:17, after victory on his first start in March over 5f and 110 yards.

An eight-race card at Mountaineer, with a mixture of dirt and turf contests, starts at 00:00 and concludes at 02:55.

Race 2 sees the biggest field of the meeting, with 10 runners set to go on the turf in a Claiming race over 7f.

Loyalty Spirit (SP) goes into this race having won three of his last four races at the track and, ridden by in-form jockey Luis Colon, the nine-year-old should be in contention.