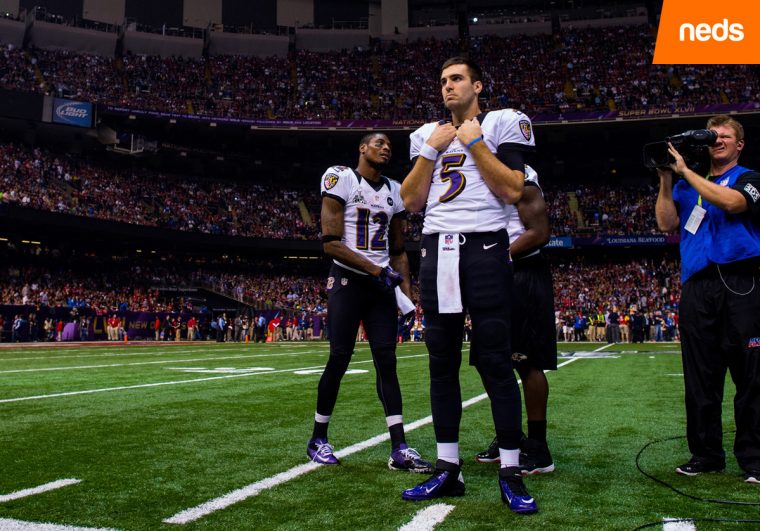 They say heroes are created on Super Bowl Sunday, but for every game-winning moment, there’s an even weirder or wackier one that often steals the headlines.

Ahead of the 56th annual ‘big dance’, we took a quick trip through the archives to relive all the infamous Super Bowl moments that have made the greatest date on the sporting calendar what it is today.

Brady Receives an Offer He Can Refuse

Tom Brady was popped a rather serious question in the lead-up to his fourth Super Bowl appearance with the Patriots.

Rather than opting for the usual pre-game chit chat, TV Azteca reproter Ines Gomez Mont got straight to business by asking the GOAT to marry her.

Not surprisingly, Brady’s response was equally as blunt.

Timberlake pulled at Jackson’s leather bustier during his song “Rock Your Body”, but whether he intended to expose some skin is still up for debate.

Either way, this was a huge deal at the time, and it remains one of the most memorable Super Bowl moments for a number of reasons. Not only did it fast track Timberlake’s career (he later performed at the halftime show in 2018), it also led to the creation of a little-known video platform called YouTube.

P!nk Coughs It Up

Pink had to spit out her gum (or cough drop) a second before performing the national anthem at the #SuperBowl, and it’s already iconic 🇺🇸 https://t.co/zCb7WBzeuD pic.twitter.com/544uAXpSZ4

Forget Michael Jordan’s flu game, Pink performing the anthem sick as a dog at Super Bowl LII was a true act of heroism.

The unfortunate cough lollie gaff though, not so much…

Don’t let the final score fool you, Super Bowl XLVII was a bit of a fizzer before the lights went out.

The Ravens led the 49ers 28-6 midway through the third quarter before someone flicked the switch at the Superdome.

The blackout came after Jacoby Jones returned a kickoff to the house for a 108-yard touchdown, leaving fans, coaches, members of the media and millions watching at home completely lost.

Wisely, San Francisco chose to use the break as a chance to get their minds right for the remainder of the game. The Niners went on to score 17 points in the third quarter, only to lose 34-31.

The term “wide right” has become synonymous with the Buffalo Bills and Super Bowl XXV.

In 1991, Bills kicker Scott Norwood lined up for a 47-yard field goal attempt to win the game with eight seconds remaining, only to shank the kick right.

Norwood’s range was considered to be only 47 yards having converted on only one of his five previous attempts beyond 40. Norwood was immediately waived in the offseason, ending his NFL career at 108 games.

Janet Jackson wasn’t the only one to get her kit off at Super Bowl XXXVIII.

Mark Roberts went one better right after half time, jumping the fence during a break in play to fulfil a lifelong dream.

Roberts is a serial streaker known for exposing himself at large scale sporting events. His resume compiles of EPL games right down to the World Series of Snooker, but he says his stunt at the Super Bowl was largely an effort to bring some laughter to America following the events of 9/11.

Elvis Presto, a magician hired by the NFL to perform magic tricks dressed as Elvis Presley, was the halftime act during Super Bowl XXIII.

A thrilling game between the 49ers and the Bengals (which San Francisco won 20-16, by the way) was overshadowed by Presto’s embarrassingly weird halftime show.

Presto started out by asking the fans to choose a card, which they could select by clapping for. Presto then revealed that the card they chose was miraculously under their seat!

Katy Perry’s halftime performance turned into an instant meme when a stage prop dressed as a shark to her left had a little trouble keeping up with the shark on the right. To be honest, this isn’t as funny as most people made it out to be, but Left Shark’s performance still deserves a spot on this list.

Super Bowl IV got off to a bang in 1970 with a pre-game hot air balloon race went south very quickly.

Things looked okay initially before the Vikings’ balloon somehow failed to take off properly, winding up in the stands among hundreds of spectators.

If you haven’t heard, a ticket to this year’s Super Bowl in Los Angeles will cost you upwards of $22k, but it was only a year ago that half the crowd in attendance in Tampa Bay was made up of… cardboard.

Generously, the NFL gave up 7,500 of 22,000 available seats to healthcare workers in the midst of the pandemic, while the other 30,000 odd seats were made up of recycled material.