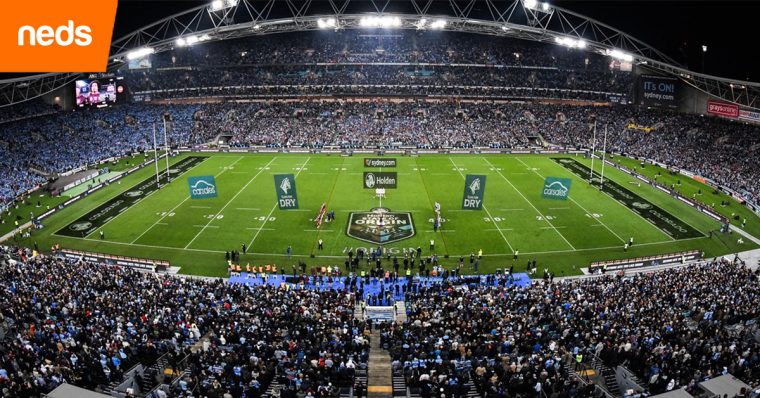 It is officially Origin Eve! The countdown to kick off is slowly ticking down and we here at the Neds office are pretty bloody excited to say the least.

It’s shaping up to be a competitive series with many talking points coming out of both camps. Injuries to the Blues backs, a brand-new Maroons coach and probably the biggest talking point of all 7 debutants will be playing on Wednesday Night.

Four for the Maroons (Cobbo, Cotter, Carrigan & Nanai) and three for the Blues (Crichton, Staggs & Matterson) there is a lot of talk about how these blokes will perform. They’ve all been rewarded for their form at the club level but as we’ve seen in the past. Club form doesn’t always equal State of Origin form.

There have been plenty of throbbers over the years who have made their debut that haven’t succeeded at Origin level and to get you excited (or maybe help you procrastinate while you’re at work). I’ve gone through and found some of the more memorable Origin stinkers.

Getting this one out of the road early.

While Hodgo will go down in history as one of the greatest centres to ever play for the Maroons. His Origin career could not have gotten off to a worse start.

The at the time Roosters outside back dropped a lot of pill but what everyone remembers most is the desperation pass in the in goal in the 27th minute that lead to the Blues first try and the handling error in the 61st which lead to another gift of a try to the Blues.

It was an incredibly poor showing but Queensland still dominated that game and Justin Hodges went on to have a very decorated career at all levels of rugby league.

The comeback was on for Todd Carney. After an array of off field incidents, Carney was on a trajectory to put his troubled past behind him and go down as one of the greats.

He had won the Dally-M in 2010 after a being banned for the 2009 season and in his first year at the Sharks in 2012. NSW Coach Ricky Stuart handed him his debut in the #6 jersey for the Blues.

Unfortunately for the Goulbourn junior his ascension into the Origin arena did not go as planned. He made three key handling errors, missed a penalty goal that would’ve tied it up and only took the Queensland line on four times in a game where the Blues went down 10-18.

Carney finished the series but was replaced by Jimmy Maloney in 2013 and that was the end of it for Carney in a Blues jersey.

Turner’s time in Origin was short and anything but sweet. His most memorable moment you ask? Being baptised with a monster stiff arm by his Melbourne teammate Greg Inglis in the 6th minute which set up a long-range Queensland try.

Queensland went on to win that game 30-0 and Steve Turner was dropped in Game 3 for Hayne. Turner continues to stay in relevance as Greg Inglis’ huge run continues to be played annually around Origin time.

I’m going to go out on a limb here and say that if there wasn’t one of the most famous brawls in sports history during this game. You would never have known Big Hopa played for the Blues.

1995 at the MCG will go down in history for that brawl not for Hopoate’s efforts in the Sky Blue. He dropped a lot of ball, punched on with his Manly teammate Danny Moore and then was dropped for Game 3.

I wish I could write more about his efforts but there nothing else I can say.

A try scoring machine for the Rabbitohs, many Blues fans were desperate to represent NSW for years. He finally got the chance in Game 2 2013 and had a howler.

Merritt had the task of defending the Maroons edge that consisted of Greg Inglis & Darius Boyd.. You know the blokes who are #1 and #2 on Queensland’s all time try scoring list.

The Queensland edge made short work of the Rabbitohs bolter, he shot off his line twice to let Boyd score a double and lost a high ball contest with GI which resulted in a third try being scored on Meritt.

He was dropped for the decider and was replaced by Hayne.

Who knew that picking a bloke that had never played a First Grade game wasn’t a good idea.

After impressing in a City v Country clash, Moree Boomerangs winger Phil Duke got the nod to debut in the 1982 series.

Things were going great for Duke early, he scored a try that some Queenslanders will argue he stepped out in the process.

What made his debut so memorably bad was his mix up with Fullback Phil Sigsworth in the in-goal which gifted King Wally Lewis with one of the easiest tries of his career and one that won them the series.